Last time we introduced you to Hip Hub Hooray. Hip Hub Hooray is a project that includes hip hop workshops, a social-cultural weekend and one big festival in Tongeren on September 29th.

The first names of the festival line-up got released today: ISHA, STIKSTOF and Sevn Alias! We can’t give away the rest of the line-up just yet, but we promise, there is plenty more to come. We had a chat with Jules Thys a.k.a. Jewels, who we know as one of Limburg’s favorite DJ’s. Besides being one of the programmers for the festival, Jules is also one of the recruiters for the Hubs and head of communication.

What can you tell us about the currently released line-up?

We went with STIKSTOF because they are the best Belgian hip hop collective of the moment and they have a talent for blending the Flemish and the French language. Isha was brought up by one of the other programmers, Kaer from Starflam. He brought up ISHA as a headliner for the French-speaking audience. ISHA is going hard in Liège. I’ve also seen his show at Fire Is Gold and we can definitely expect something cool. Sevn Alias is one of the Dutch artists on the line-up. He’s really big now and is a good headliner, because he represents a good balance between having street credit while still addressing a more broad audience. He has already played at a lot of other festivals and has a very diverse fan base. He’s perfect to target our audience.

What can we expect of the rest of the line-up?

These first three names are performing on the first stage. The second stage is hosted by KRT. With our KRT-stage, I am not only focusing on live acts, but also on DJ’s. The rest of the total line-up includes other Belgian and Dutch artists, mainly new talent supplemented by some more established artists. Our aim is having a diverse mix of relevant performers. We’ve considered two big things; where they come from and if they are credible. 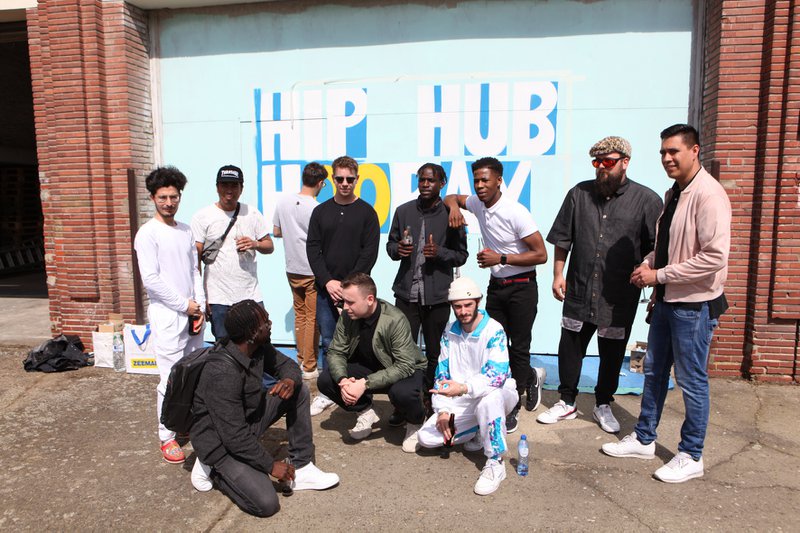 "Those Hubs aim to bring together all the people from Belgian Limburg with Dutch Limburg, Liège, Aachen…"

There is no German artist on the line-up?

There is no German group on the line-up yet, but we have people from Aachen participating in the Hubs. Those Hubs aim to bring together all the people from Belgian Limburg with Dutch Limburg, Liège, Aachen… We’ll let them exchange some ideas and throw them on some tracks and hopefully, that will lead to some cool things. We’ll also teach them some techniques and prepare them for the shows. For example, Kaer from Starflam is a professional when it comes to podium techniques. Our goal is to help all those artist and spread positivity around music. The project is funded by government money out of our communities, so we’re not looking to gain anything else besides positivity and love. Success starts with good intentions.
I am recruiting for the Hubs within Belgian Limburg. Our recruiters have selected a whole bunch of people, but there are still some spots left. The only condition is that you’re from the Meuse–Rhine Euroregion. (Mail your portfolio to hiphubhooray@stadtongeren.be)

You’re also making music in Belgian Limburg. How would you describe the current hiphop atmosphere, compared to the rest of Belgium?

It’s still calm here but I see everyone setting steps, so I just think we have to be patient. The scene in Brussels exploded, thanks to the French platform and the Dutch scene exploded too. But I think the whole Flemish region still has some difficulties, as even the big Flemish artists have difficulties to find support. I think we just have to be patient and the rest of Belgium will explode too. Some people need to pave the road and the rest will eventually follow. Besides that, we have some talented artists in our province, including Graci or Chaz & Djalu.
With this project, we try to bring all those creative minds from our region together, because many local artists are kind of working on their own. I feel like there is some kind of barrier in the scene, but this project intends to wipe all boundaries away. 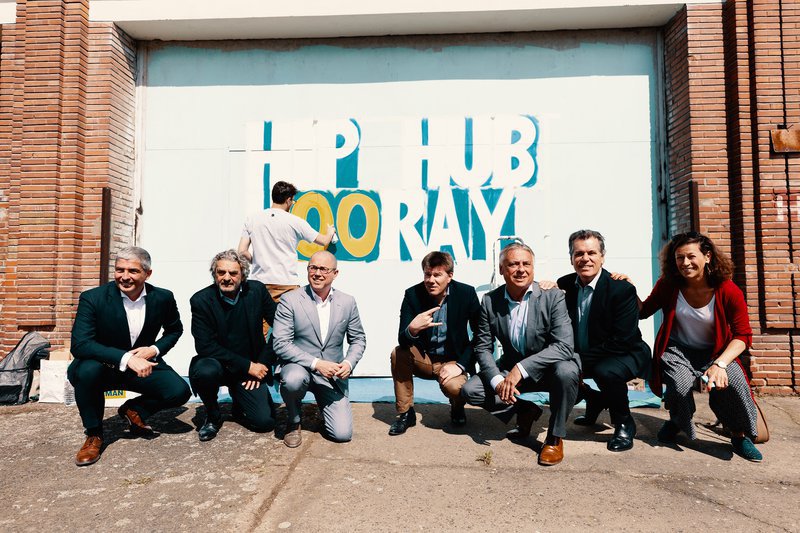 Partners involved in the project, including the Flemish minister of Media, Youth and Culture, Sven Gatz.

This project literally wipes all boundaries away, since it’s crossing borders. How important is the collaboration within the Meuse–Rhine Euroregion according to you?

I think it’s important because we have a lot in common. All regions are corners from three respective countries. If you’re in such a corner, it is harder to find a connection to the rest of the country. Why can’t we just create a new kind of platform, one that focuses on this region? I had never thought of this too, before the project. But when you think about it, it’s pure logic. When you’re from Limburg, it’s easier to go to Maastricht, than traveling to Brussels. It’s a very interesting phenomenon because we’re connected with one another, but we’re not really aware of it. We do share the same audience though.
Personally, I feel like music will also keep bringing languages together. I see it already happening a lot and I think this is the perfect moment.
​

Besides music, the total project also includes street-art and dance. Are those things still an essential part of the hip hop culture, according to you?

Nowadays it’s not one big scene like it was in the nineties. I think it has more evolved into a culture of creativity around hip hop culture. All those different elements evolved into different forms of art which originally spring from the culture. People like to have the whole experience so I don’t think integrating them into a hip hop festival will ever become a cliché. We have invited some street artists from Hasselt and Liège, who will create art to tune up the festival. We’ll also have dancers spice up the festival! If you have an idea and you want to be a part of this, you can always hit me up. 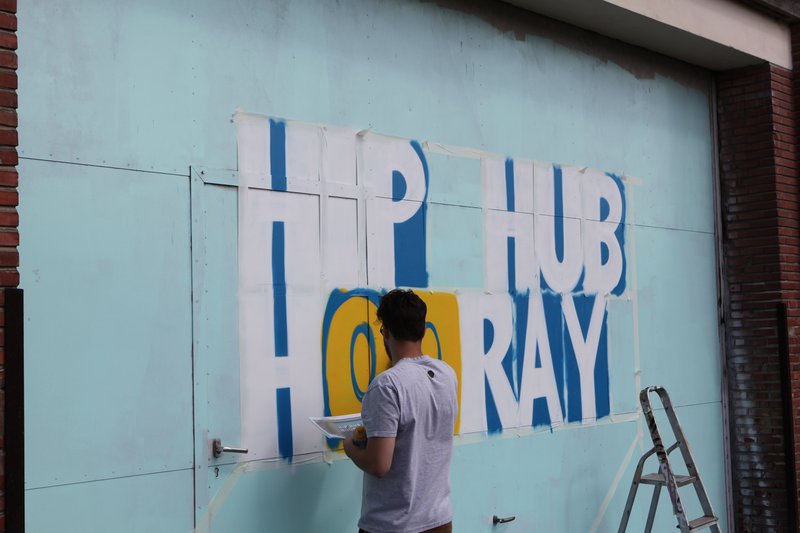 "We have invited some street artists from Hasselt and Liège, who will create art to tune up the festival."